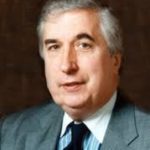 In a month’s time we will know whether super spreader Donald Trump will remain the president of the United States. The world holds its breath. And corporate America in particular. Under Trump, regulators’ budgets have been cut and companies that break the rules are less prosecuted and fined.

You wouldn’t say it now that JPMorgan was fined $ 920 million just this week for spoofing, market manipulation with fake orders. But in the first 20 months of Trump, companies were fined a total of $ 3.4 billion, compared to 14.15 billion in Obama’s last 20 months. A decrease of 75%, calculates the American legal professor John C. Coffee in Corporate crime and punishment – the crisis of underenforcement.

Coffee is an influential man. He has established the term “gatekeeper” worldwide. In 2006, in Gatekeepers, he wondered why corporate lawyers, attorneys and accountants failed and gave too little resistance to the major accounting scandals at the turn of the century. Fourteen years later, the professional organizations of legal service providers and accountants in The Netherlands are constantly insisting on the gatekeeper role.

Coffee tries in his new book to put “underenforcement” in corporate crime on the political agenda. He is not the first to do that. Judge Jed Rakoff, legal professor Brandon Garrett (Too big to jail), journalist Jesse Eisinger (The Chickenshit Club) and legal professor Pierre-Hugues Verdier (Global Banks on Trial) preceded him.

They all more or less agree that the mega-settlements – as here in the Netherlands also affected Rabobank and ING – do not lead to sustainable improvement and do not necessarily prevent recidivism. The company fines are passed on to shareholders and customers, but it does not deter perpetrators and directors. In fact, as soon as the amount of the settlement (a deferred prosecution agreement, DPA) becomes known, the prices and – a little later – the remuneration of the directors increase. If you want to prevent crime and recurrence, you will also have to deal with individuals.

According to Verdier, it is virtually impossible to convict individual bankers. The many acquittals are even counterproductive. Verdier fears that it will cost the United States its top position as a financial trading center if this continues. But he doesn’t get further than a diagnosis.

What to do? Locking up those men? (They are almost always men). That is difficult, while its deterrent effect is uncertain, Coffee writes. Senator Elisabeth Warren presented her proposal for the Corporate Executive Accountability Act in 2019: directors will be imprisoned for up to one year if they have been negligent and the company has been convicted or entered into a DPA. However, according to Coffee, the Supreme Court will not convict a director if they were unaware of the violations.

Coffee comes with a whole series of substantiated proposals to get the negotiation up to standard. I’ll do a small selection. Introduce Stock Fines: Companies must issue 20% of the issued capital as additional shares, causing the value of the shares to drop painfully. For example, these shares can be placed in the hands of a victim fund, a whistleblower fund or both. During the (to be introduced) probationary period of the settlement, the remuneration package of the directors must be drastically reduced. If it appears after the probationary period that the company has effectively met all DPA conditions, the remuneration may be increased again.

An essential part of Coffee’s proposals are the incentives to bring out more evidence. Whistleblowers and informants should be rewarded more often than now for the information they provide about the circumstances and the individual responsible persons. The company must earn a DPA by conducting good research or having it done, which also includes information about individual pepetrators.

These kinds of investigations are scornfully called “self-investigations” in The Netherlands, because the investigators are often the company’s lawyer and never happen to find incriminating material in the boardroom. Coffee wants the companies to choose a law firm from a list drawn up by the DoJ (the American Public Prosecution Service). The DoJ then retains control of the investigation. Incidentally, regulators should also engage lawyers more often on a result-dependent basis. Because they have insufficient manpower and expertise.

Coffee knows that his proposals will certainly not make it after the re-election of Trump. In The Netherlands I do not yet see them being imported either. This month, the bill will be sent to the House of Representatives to have mega settlements tested by an independent committee from now on. That is progress. But whether that committee will also be able to assess the “self-examinations” remains to be seen.

As far as I am concerned, Coffee’s book is on the political agenda here. For that, the ideas will have to be reflected in the election programs, which are now being written. I’m not comfortable with the outcome. Former Member of Parliament and financial journalist Ed Groot recently wrote in Het Financieele Dagblad that the CPB calculates the election programs in such a way that combating fraud and crime is “punished”.

Groot, partly looking back: “Expenditure on it increases collective expenditure and that is bad for the economy. Revenue from taking criminal money is booked in the models as a higher tax burden, which does not help either. No wonder that political parties became more meager with money for Justice. And what is not in party programs usually does not end up in coalition agreements.”

Corporate crime and punishment – the crisis of underenforcement

Too big to jail