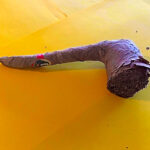 Two frequently heard objections to the recent Shell CO2 reduction judgment are that the District Court of The Hague does too much politics (sits too much in the legislator’s chair) and stretches human rights far too far. Is that true? Unfortunately, the verdict is 26,579 words and you can certainly not expect laymen to plough through that text completely. I did and now understand how the Court arrived at this remarkable reduction order.

My conclusion is that the court has assessed a claim of climate activists against the open Dutch standard of due care that was only partially filled in with human rights. The court uses treaties, provisions, fundamental rights, principles and guidelines that have been established after political consideration in the appropriate bodies.

The Milieudefensie Association, six other organizations and 17,379 individuals believe that Royal Dutch Shell (RDS) is obliged to limit the CO2 emissions based on the unwritten due care standard of Article 6:162 CC. This section of the law states that a person may act wrongfully by:

• an act or omission in violation of a legal obligation;

• an act or omission in violation of standards or unwritten laws, that are commonly accepted.

The Supreme Court introduced this standard in 1919 in a corporate espionage case between printer Max Lindenbaum and his competitor Samuel Cohen. There was no legal provision prohibiting Cohen bribing a Lindenbaum employee to pass on trade secrets. But the espionage did not meet with the sense of justice.

The ‘unwritten’ standard is laid down in the Civil Code, but is called unwritten because the standard is vague and must be filled in according to the facts and circumstances. Think of Matthieu Duchateau from Maastricht. On February 23, 1961, he stepped into a hole in front of the toilet, in the obscure back part of Café De Munt, on the Amsterdam Singel. A Coca Cola supplier, a person going by the name of Sjouwerman, had left the hatch of the storage cellar open. Duchateau injured himself and demanded compensation from Coca Cola.

• the likelihood that someone will not pay the required attention and caution;

• the likelyhood of an accident to occur as a result;

• the serious consequences it may result in;

Back to Shell. Milieudefensie et al. have asked the District Court of The Hague to fill in the unwritten standard of due care on the basis of

• human rights (in particular the right to life and undisturbed family life respectively);

• soft law endorsed by RDS, e.g. the UN Guiding Principles on Business and Human Rights, the UN Global Compact and the OECD Guidelines for Multinational Enterprises.

The court is of the opinion that it does not go beyond the judge’s legal task when it rules on the alleged legal obligation of RDS and the claims based on it. ‘That is pre-eminently the task of the judge.’ (4.1.3) Under point 4.4.2, the court indicates which fourteen factors it then takes into account when specifying the due care standard:

1. the policy-making position of RDS in the Shell group;

3. the consequences of CO2 emissions for the Netherlands and the Wadden area;

4. the right to life and an undisturbed family life of Dutch residents and inhabitants of the Wadden area;

6. the control and influence of RDS on the CO2 emissions of the Shell group and its business relations;

7. what it takes to prevent dangerous climate change;

9. the dual challenge of countering dangerous global warming and meeting the energy demand of the growing world population;

10. the ETS system and other worldwide cap and trade emission schemes, licenses and current obligations of the Shell group;

11. the effectiveness of the reduction obligation;

12. the responsibility of states and society;

13. the difficulty for RDS and the Shell group to comply with the reduction obligation; and

14. the proportionality of RDS’ reduction obligation.

In the above list they appear under point 4: the human rights. When the European Convention for the Protection of Human Rights and fundamental freedoms (ECHR) and the UN International Covenant for the Protection of Civil and Political Rights (ICCPR) were created in 1950 and 1966 respectively, the greenhouse problem was not yet in the picture yet.

In 2019, the Dutch Supreme Court said in the notorious Urgenda judgment that under the ECHR, ‘contracting states’ must do theirs to limit climate damage. The Supreme Court is not alone in thinking this way: the UN Human Rights Committee interprets the ICCPR in the same way. (4.4.10) States Parties are States that have joined the ECHR and the ICCPR. But Shell is not a state; that is why, for example, RDS is not bound by the Treaty of Paris.

For that reason, Milieudefensie et al. do not rely on these treaties, but on Article 6:162 of the Dutch Civil Code. They ask the court to use human rights, climate agreements, principles and guidelines to fill in the unwritten social due care standard. As the broadly internationally supported’ UN Guiding Principles set out the responsibilities of states and companies for the observance of human rights. (see also 4.4.15)

In its April 2020 Responsible Investment Annual Briefing, Shell writes to its investors that it has tightened its climate ambitions: 30% in 2035 (previously 20%) and by 65% ​​in 2050 (previously 50%). However, Shell’s climate ambitions are non-binding and still too dependent on what the competition is doing. (4.5.2)

According to the court, Shell has its own responsibility to reduce CO2 emissions, so regardless of what other parties (must) do. There is ‘broad international consensus’ that CO2 emissions must be reduced by 45% in 2030 compared to 2019 in order to limit global warming to 1.5 degrees. (4.4.32) But if Shell sticks to its current corporate policy, it threatens to violate its legal obligation.

The court says on the basis of international standards, agreements, principles, guidelines and Shell’s own commitment, so to speak: you must slowly stop smoking and in nine years’ time, smoke and sell 45 percent fewer cigarettes than you did in 2019.

Are you and I acting illegally when we fill up with petrol? No. The court says that Shell is not acting wrongfully at the moment and consumers are not a party to the judgment.

A Dutch version of this article appeared on Accountant.nl; the author thanks Lon van Almelo for correcting Google Translate

Court of The Hague verdict against Royal Dutch Shell

Article 6:162 of the Dutch Civil Code