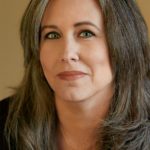 In Big Dirty Money, legal professor Jennifer Taub (Western New England University School of Law) lists some of Trump’s fraud. Her book is a well-documented pamphlet with Donald Trump as the leitmotiv. Taub is not advocating throwing him in jail. She mainly advocates action against the criminal elite, the white-collar criminals. Extreme wealth leads to crime, and elite crime pays off because the extremely wealthy practically always go free. Taub gives examples of it ad nauseam (300 pages is long for a pamphlet).

Far-reaching class justice will not disappear once Trump is no longer president. Regardless of the election outcome, there is more work to be done than making our country inhospitable to leaders like Trump, writes Taub. ‘If we continue to serve as a popular haven for the global kleptocrats, maintain weak bribery prohibitions, allow big dirty money to flood our elections, secure implicit immunity for the upper class, allow corporate executives to commit crimes and walk away with no or very, very light sentences, we will continue to be the petri dish for another future corrupt, organizes-crime tied, friend-to-all dictators, lying, cheating, megalomaniac American president.’

In a previous blog, I wrote about Taub’s colleague John C. Coffee, who also opposes Trump, but especially the ‘underenforcement’ of white-collar crime. While Coffee scrutinizes his proposals for more effective law enforcement, Taub comes up with Six Fixes, which I think stick too much to the election program surface. I mark them …

1. Better protection for whistleblowers, just like Coffee. (This is also necessary in the Netherlands).

2. Form a separate department of the prosecution service (Department of Justice) for elite crime. (In the Netherlands, the Public Prosecutor’s Office focuses on white-collar crime in general, not so much on crime of the elite).

3. The stripped-down IRS needs more resources. (That would also pay off in the Netherlands)

4. Victims must be better protected. How? Taub, unlike Coffee, leaves that in the middle. (Also in the Netherlands it would not hurt to have part of the mega fines benefit victims and whistleblowers).

5. Legislation to bring industry into line has weakened over the years and needs to be improved. According to Taub, for example, FinCEN must be notified of who the ultimate beneficial owner is when establishing a company. (In the Netherlands, they are being registered at the Chamber of Commerce in the UBO register since 27 September).

6. Create a central database with data on white collar crime and its handling.

Such a database would also be very welcome in the Netherlands. The best we have here are estimates of fraud, corruption and money laundering. Is there also class justice in the Netherlands? I have my suspicions, but I am waiting for the results of the research that the WODC is currently doing on this.